How IoT Things and Android are Transforming the World? 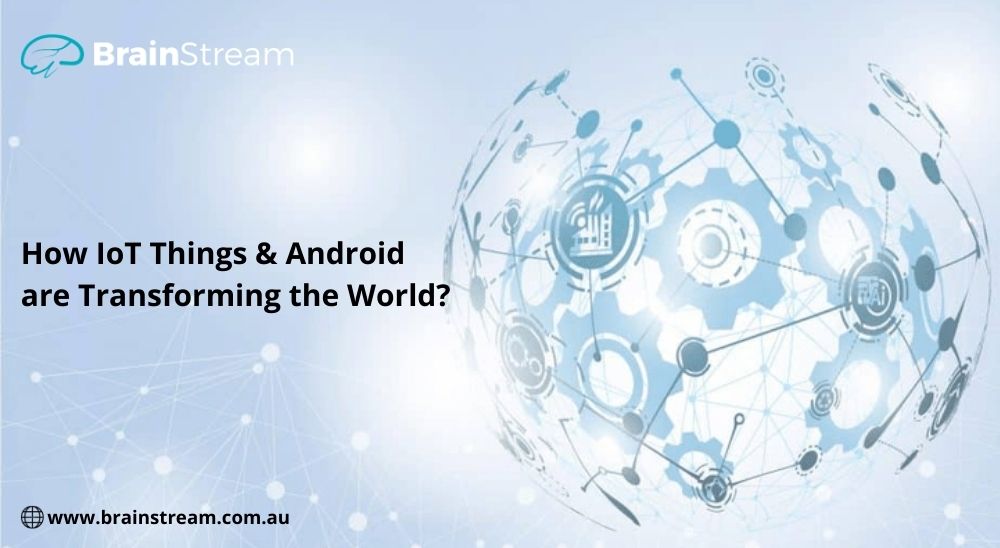 We are living in the digital age where technology is at its peak of evolution. Innovators across the globe are creating devices that can communicate with one another from separate parts of the globe. Be it lamps that monitor your sleep or plants that water themselves, the Internet of Things has revolutionized the way we live.

Google, on the other hand, has picked up where IoT has left off. The open-source nature of the IoT industry along with the lack of central programming standards has led to a mish-mash of various operating systems.

Since IoT devices are now communicating in a myriad of languages, calls and responses among devices and lack of security have made such devices an easy target for hackers. Android App Development Services Company help to create apps according to your requirement.

Google has unveiled Android Things to address such issues. It is an extension of existing form factors, namely Android TV and Android Automotive.

It has been designed with the sole intention of standardizing the IoT universe and ensuring that each of those little chatterbox devices is speaking the same language. Brain Stream is a Leading Android App Development Services Company.

Ways in which IoT is Transforming The World

The open-source system enables developers to share programs and collaborate with other developers. Hence, IoT implementation across mobile application frameworks will allow developers access to such software ensuring that the development process is a lot simpler.

Open-source development leads to a transparent coding process and facilitates greater collaboration between developers that results in high-performance apps.

A limiting factor for a native app is that it can only function on a specific platform. On the other hand, hybrid apps have transcended such a limitation and are designed to function smoothly across multiple platforms. It has opened up avenues for developers and is allowing them to design applications that have a rather personalized experience.

Hence, developers are leveraging the features of IoT to facilitate interaction across devices. This is going to make IoT a major player in the hybrid mobile app development field in the future.

Connectivity is one of the most distinct advantages that IoT devices will be having in the near future. IoT gadgets will not resort to conventional methods such as Bluetooth or Wi-Fi for connectivity. Developers are seeking newer and more reliable ways for connecting all IoT devices across the globe.

Future apps will need the protection of a gateway. Since IoT devices necessitate a separate connection protocol, IoT developers will be working on such a requirement.

IoT enables developers to make apps that are much more interactive. Moreover, it offers several options for customization, taking the user experience up a few notches. It ensures that the apps powered by IoT can be easily updated with newer functionalities offered by the IoT platform.

How is Android Shaking Things Up?

Android Things is not necessarily a brand new undertaking. It was discussed at Google I/O 2015 and was referred to as Brillo. However, it has taken 3 years for developers to come out with a reliable and steady platform that adapts the traditional Android functionality to the challenges of designing sophisticated applications for interconnected devices.

Android Things is targeted mainly towards low-power devices that have limited processing and storage capabilities. Google has given special attention to the design of the platform to ensure that it is as simple as possible.

Android Things is not too far stretched out from previous versions of Android apps that have come before it. One can use the same software development kit that is used for designing Android smartphone apps. Also, the Android Studio programming environment and language (Kotlin) are standards.

Developers looking to add new features to their apps can find variants of Google Play Services that are optimized for IoT. These come along with the same UI toolkit and Connectivity APIs that developers have used in the past.

Other than that, new APIs are available in the support library. The apps designed with Android Things are easily adaptable with Google services such as FireBase, and the Google Cloud Platform.

Android Things has been designed to be really fast. As there is no need for a browser or a launcher, it boosts straight into the apps. Such a protocol will allow a developer to reduce boot time and save up on memory footprint.

Unlike other IoT platforms, Google Things is highly secure and provides a robust defense gateway that does not allow nefarious bugs to crawl into systems.

Google has tightened and stepped up its security measures by taking away the process from the developer’s hands. Each product that will be designed with Android Things will come with a 3 year automatic systems update over the air, and free of charge. After years of open-source development, the new design will make hackers work much harder.

Google aspires to make Android Things the industry standard for IoT app developers. They have supported the operating system with Weave which is a communication protocol built by the company’s nest lab division. The weave is meant to provide a common pathway for IoT devices to communicate with one another, without a need for Wi-Fi.

It is a great advantage for smaller apps that are being built through Android Things. There are a few stellar devices that have already been built using Android Things. Some of these include SMART glasses for the blind, BrewCentral, and Filler Explorer Robot.

What’s all hype about IoT?

An IoT environment comprises the internet-empowered brilliant gadgets that utilise inserted frameworks, like processors, sensors and correspondence equipment, to gather, send and follow up on information they obtain from their surroundings. IoT gadgets share the sensor information they gather by associating with an IoT entryway or other edge gadget where information is either shipped off the cloud to be examined or investigated locally. Some of the time, these gadgets speak with other related gadgets and follow up on the data they get from each other. The gadgets do a large portion of the work without human mediation, even though individuals can collaborate with the gadgets – – for example, to set them up, give them directions or access the information.

Android Apps and IoT – The Future

The internet of things helps individuals live and work more brilliant and deal with their lives. As well as offering intelligent gadgets to mechanize homes, IoT is fundamental for business. IoT gives organizations an ongoing investigation of how their frameworks truly work, conveying bits of knowledge into everything from the presentation of machines to store network and strategies tasks. Home Automation : IoT empowers organizations to computerize processes and lessen work costs. It also eliminates development administration conveyance, making it more affordable to produce and convey products and offering straightforwardness in client exchanges. Enterprise Mobility : IoT is one of the main innovations of day-to-day existence in that capacity. It will keep on getting steam as other organizations understand the capability of associated gadgets to keep them cutthroat. IoT can help ranchers in farming by making their occupations simpler. Sensors can gather information on precipitation, stickiness, temperature and soil content, and different variables that would assist with computerizing cultivating methods. Wearable Devices : The capacity to screen tasks encompassing framework is likewise a variable that IoT can assist with. Sensors, for instance, could be utilized to screen occasions or changes inside primary structures, spans and other frameworks. This carries benefits, such as cost-saving, saved time, personal satisfaction, work process changes, and a paperless work process.

What Lies in The Future?

A home automation business can use IoT to screen and control mechanical and electrical frameworks in a structure. On a more extensive scale, savvy urban communities can assist residents with diminishing waste and energy utilization.

Well, Google has stepped into the scene and the IoT market is just about to explode. The company has given the industry one clear winner in the form of a development platform. It is complete with a standard programming language the backing of one of the world’s largest companies backing it all!