How Could Flutter be Helpful for iOS App Development? 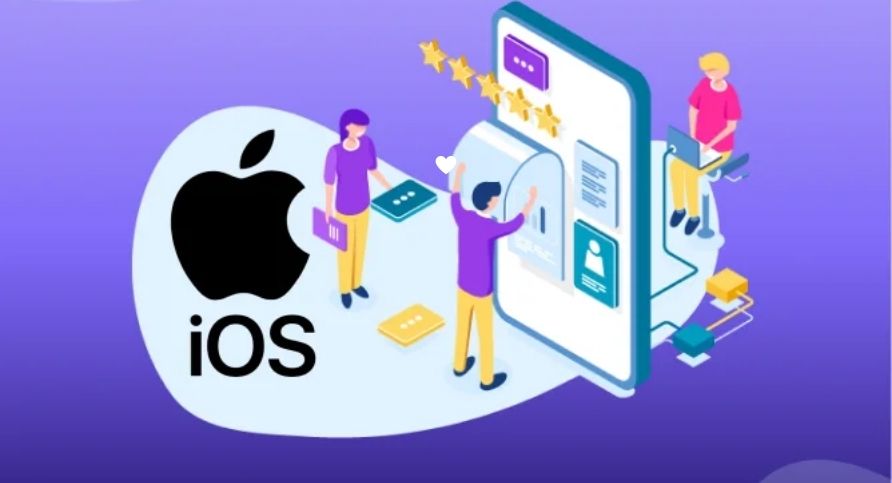 The majority of businesses want to use a cross-platform app development framework so that they only have to engage a small number of developers who can handle both the iOS application development services and native Android parts of the app development process. However, with the arrival of Flutter, people’s perceptions of the world are beginning to shift. Even large corporations (who already have in-house developers for both native Android and iOS applications) are using Flutter in their production apps. So, what is the timeline for this seismic shift? Let’s take it a step further and look at it in more depth.

What Exactly is Flutter?

Flutter is stated iOS Application Development Services and “Google’s UI toolkit for developing attractive, natively compiled apps for mobile, web, and desktop from a single codebase” on the website.

During the event, on December 4, 2018, Flutter 1.0 was officially launched, marking the first “stable” version of the Framework to be published. Since then, Flutter has made significant strides forward in terms of performance. Recently, on December 11, 2019, a change was implemented that resulted in several enhancements to the Framework, including the introduction of. On their official website, you can see some of the apps that have been made utilizing Flutter.

1) It was in the early days of iOS development that Apple relied on the programming language Objective-C an iOS Application Development Services, which was despised by the majority of developers at the time, but which they were obliged to adopt because it was the only alternative available if they wanted to continue working on iOS at the time. When Swift was first launched in 2014, developers were ecstatic because it was type-safe, employed succinct yet expressive syntax, and was completely error-free.

2) The APIs for iOS was also completely interoperable with Objective-C and the other current iOS frameworks. Even though the Swift APIs were not particularly good at the time of their introduction, they have significantly improved since then.

3) Flutter was designed with these four pillars in mind when it was first released: beautiful, fast, productive, and open. And after a year, it has demonstrated to be able to maintain its hold.

4) The majority of cross-platform android app development frameworks now available have poor performance and stability difficulties, which makes them unusable. When they are executed alongside a native application, they are distinguished. When compared to competing for cross-platform frameworks, such as React Native and Xamarin, Flutter has significantly reduced the performance difference between the two platforms.

5) How did Flutter achieve the same level of performance as a native app? The explanation may be found in the design of Flutter as well as the programming language utilized by it, which is Dart.

If you are an iOS developer and would want to experiment with Flutter, there is a fantastic example available.

In native applications, whether they are for Android or iOS, the native app code communicates with the Platform to construct OEM Widgets or to access other Services like audio, sensors, and cameras, among other things. All of the widgets are displayed on a canvas on the screen, and all of the widgets’ events are given back to them. Because the widgets are OEM-specific, this architecture prevents them from being reused across several platforms. And it is for this reason that we must develop the entire application for each platform independently.

First, let’s take a look at the architecture of another popular cross-platform solution, React Native, before moving on to the Flutter framework.

Now, let’s talk about the Flutter applications. Because Flutter eliminates the BRIDGE, it may be used with other cross-platform frameworks, which is a difficult problem to tackle. Flutter does not make use of the OEM widgets; instead, it creates its widget library. Flutter brings the widgets and the renderer from the Platform into the app, allowing them to be more configurable and extendable than they were before possible. This also assists Flutter in maintaining a steady 60 frames per second.

One further reason why developers are drawn to Flutter is because of the Dart programming language. Dart is an object-oriented Android App Development class-defined, a garbage-collected language with a C-style syntax that may be trans-compiled into JavaScript if desired. It is written in the C programming language. In addition to being an excellent and modern language, Dart has other characteristics that distinguish it from the other programming languages: With AOT (Ahead Of Time) compilation, Dart can provide rapid startup times and completely customizable Flutter widgets, among other benefits. Dart also makes advantage of the JIT (Just In Time) compilation, which is the primary reason for the existence of Hot Reload. The subject will be discussed more below.

Flutter has its dependency management system, which is referred to as flutter-DMS. The Pub Package manager comes pre-installed with Flutter, making it simple to add additional dependencies as needed during the app development process.

It is also possible to incorporate Flutter into your current iOS applications as a library or module. That module can then be imported into your iOS app to render a part of your app’s UI in Flutter.

Read More: How To Speed Up Native App Development? | Guide For Businesses