12 Best Reasons to Use React Native for Mobile App Development 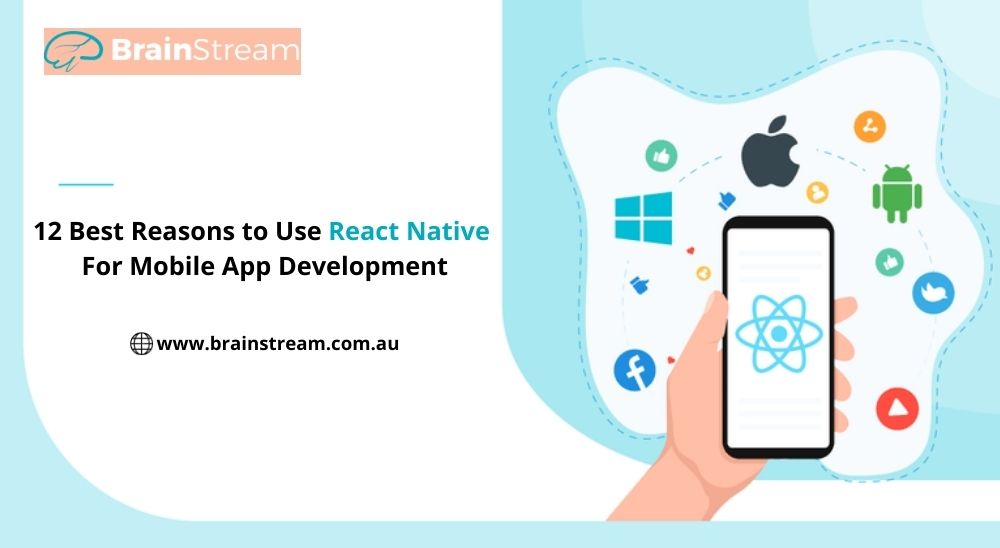 React Native is a framework that is used for making cross-platform apps in both android and ios. It was made by Facebook. The framework became very popular among developers and businesses. It is a versatile framework that supports development projects of different sizes and caters to several industry demands.

It uses both traditional and modern methods for react native mobile app development. It facilitates development for cross-platform android and ios mobile apps. Here developers can customize apps as per their needs.

You may be curious to know to React Native Mobile App Development is preferred. Then go through the article.

speedy app development provides overall solid performance. It is a notable advantage that is offered by react native. It gives native experience. The same code can be used in both ios and android platforms which makes the development cycle shorter. It reduces the overall cost of time and development. The main usage of react native is to bring down efforts without affecting the app’s quality or productivity.

2. Apps that can be Used in Any Mobile Operating System:

By taking the help of react native developers can make a single app for two different platforms likely android or ios, there is no need to write code from the very beginning. same code can be used to build apps across other platforms.

React Native app development company native works with a vast javascript library which is helpful for the app’s performance. This framework gives a developer a toolset to transform workflow.

Using this you can strongly emphasize the development of the mobile user interface. It looks more like a javascript library than a framework. The result of generating a mobile app is smooth, responsive, and quicker than a hybrid app.

In comparison with others learning to react native is easier. The developers who are well versed in javascript can learn coding using react native easily. The framework do away with the need to learn a new language or complex codes. There is a community that provides support for this platform.

The community can help in solving a small and large issues which are faced by developers. The community also provides distinctive development skills that any developer can take advantage of.

React Native for mobile development uses single code for both ios and android. This framework allows it to be more compatible with many portals. Native modules can be written in any language that links with react native codebase for simple terms. The feature helps to save significant time and effort for the developers.

7. Cross-Platform Development of All Apps:

The cross-platform ability of react-native helps you to get apps for both ios and android at once. To start making a react native app for your business, you just need to have a software developer who is adaptive to native user interface elements. The developer should know about hybrid mobile app development and application programming interface.

It is compatible with a range of third-party plugins. It allows the full use of the functionality of the device other native apps without any difficulty. This feature enables the development of smoother functioning and quick loading of apps and also consumes less memory.

Business of all sizes and industries have adopted react native mobile app development for their needs. Facebook ads, Instagram, Bloomberg, tesla, Walmart are some apps that are currently running on react native.

It has strong community support. It has more than 2000 contributors. The market leaders have contributed largely to the framework. If you looking for more assistance then visit sites of a native directory. You can find a large plethora of libraries created by native developers.

You can find assistance on other platforms from Reddit, stack overflow, etc. You can also get help from react native Facebook group.

The primary code base has the same foundation level if you work on react native development. The foundation level just does not change whether you are using programming for language for both ios and android. Here things are more straightforward. The time taken for mobile development through react native is very less. The business gets an early advantage at the app store. It can play a huge role in the success of the app as it gives a time advantage.

In react, a component has the freedom to describe its appearance. There is no overlapping for javascript with a mobile device with javascript in web view. The mobile app development through react native is straightforward because it provides standard code. All codes are written using CSS and javascript. The platform runs on an app using the host javascript engine. Due to this cause, it behaves like a native app and offers consistent performance.

For any developers react native is the very first choice for mobile app development. It can save the time and effort of the developers. The community of developers is working constantly and improving the framework and making things stronger. For this reason, it is enough for you to stay and grow. It has a bright future for decades to come.

It offers various advantages offered by react native and saves resources. It is very easy to learn. Code reusability has served many purposes. It gives perfect sense to use the framework for unique mobile app development apps.

For app development, you should need to hire a professional software designer who has an understanding about app development and can offer you high quality and performance-based react native app for your organization. The apps prepared by react native give better performance in comparison with other apps and are also lightweight.